The State of Missouri had placed a moratorium on lethal injections due to several problems with the narcotics that were used to sedate and euthanize inmates on death row. However, in recent years, these lethal injections have started again, with Missouri utilizing a new drug manufactured specifically for the purpose of lethal injections. Missouri had sought to keep secret the identity of the supplier of the drug, in order to avoid the anti-death penalty backlash that could accompany such an announcement.

Recently, researchers and reporters discovered that Missouri was purchasing the non-FDA approved narcotic from an Oklahoma pharmaceutical company that is not licensed in Missouri. As a result, the claim of those who oppose the use of the drug (and who oppose the death penalty, generally) state that Missouri is using an ‘illegal’ drug to carry out executions, and is not following the State’s own laws on what drugs should be utilized for any purpose in Missouri. 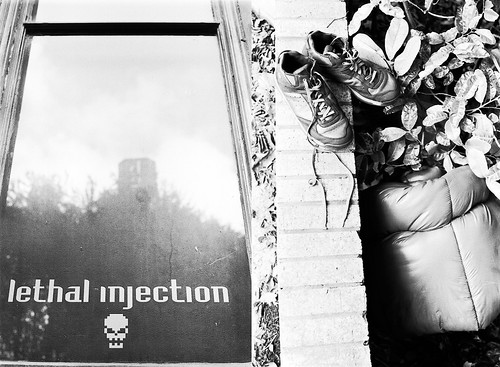 Whether this is an ethical dilemma ultimately depends on whether the reader is an advocate or opponent of the death penalty. If you believe that the death penalty is a bad thing, then this is a firm legal foothold from which the argument can be made that Missouri is playing fast and loose with its own regulations, and that the state has to do so because of all of the inherent problems with performing a state sanctioned killing. Those who support the death penalty and feel that it is a strong deterrent to crime and further feel that certain criminal elements can never be rehabilitated will feel that this is much ado about nothing; and that Missouri is complying with rigorous standards to make lethal injection not a cruel or unusual punishment, but one that can be effectuated using only difficult to come by narcotics.

Part of a Bigger Picture?

While this particular issue seems to be unique to Missouri, it is a nationwide trend that those who oppose the death penalty are attacking the methodology of euthanizing an inmate, as opposed to the more ethereal concept of whether a government putting a citizen to death is right or wrong. The United States Supreme Court has left the decision of using or abandoning the death penalty to the individual States, and thus the States that have kept on using the death penalty are empowered under Federal mandate to do so. Thus, opponents of the cause have gotten much more creative and vigilant when it comes to methods to stop a government from putting a prisoner to death.

Legal Implications for the Offender

Those citizens on death row in Missouri, and those who feel that the death penalty should cease will likely continue to follow this story closely. The more that the public perception is focused on a faulty process being used in effectuating the death penalty, then the more public pressure can be leveraged against legislators and voters. Proponents of the death penalty will need to step up their game when it comes to showing that certain inmates and criminals will never be rehabilitated, and that their crimes are too heinous to allow anything other than death.

The reality is that DNA evidence turning up to free a number of previously convicted citizens has a higher impact on this debate that the sedative drug issue, but this particular issue is yet another brick in the wall that is being thrown up in Missouri to oppose the long-standing death penalty practice in the State.